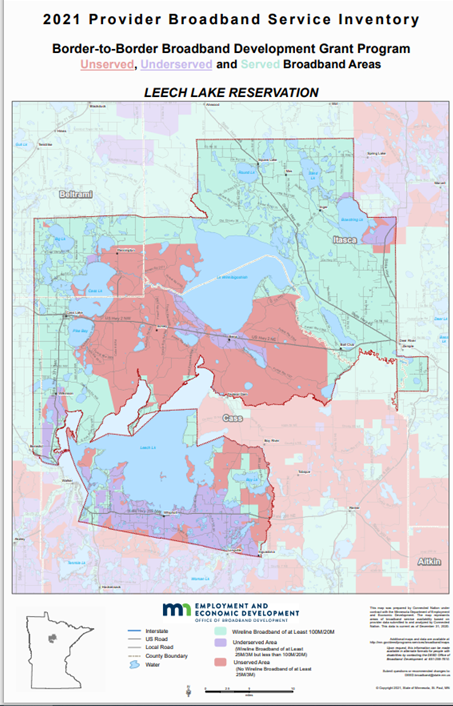 Leech Lake has been focused on broadband for years. In the Leech Lake Reservation has seen some success in deploying better broadband in the last year. They went from 65 percent access to speeds of100 megabits per second (Mbps) download and 20 upload to almost 79 percent; and access to 25/3 Mbps went from almost 92 percent to 95.Summer of 2014, with support from the Blandin Foundation,

Leech Lake worked on broadband adoption/digital inclusion projects with their involvement in MIRC, a Blandin Foundation initiative and precursor to the Blandin Broadband Communities. One project included digital inclusion training that led to job placement.