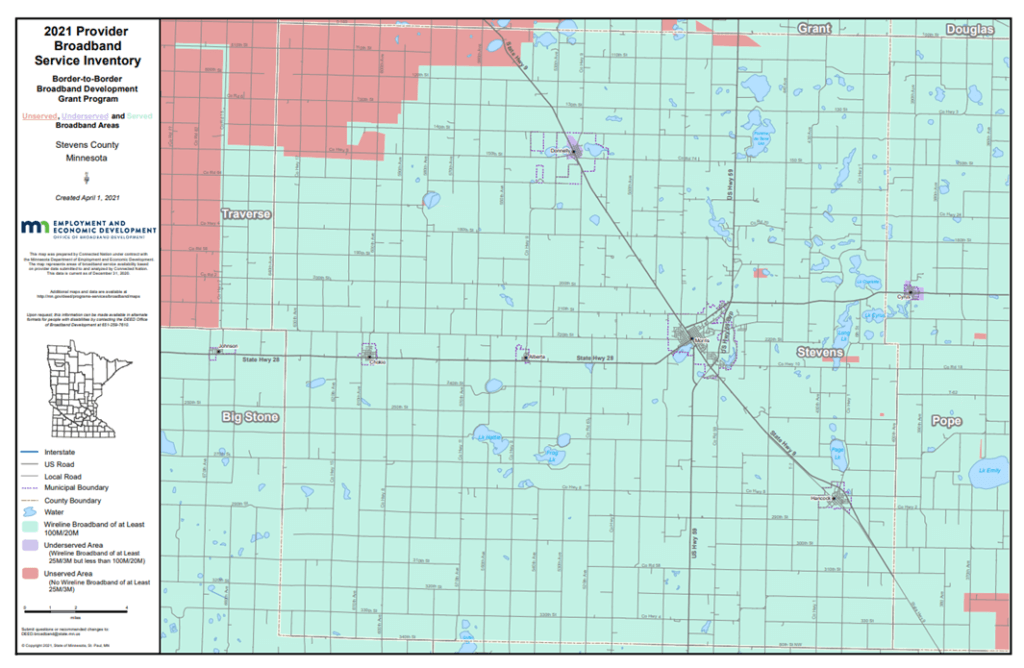 Stevens County has been involved with broadband for years – going back to working with Blandin Foundation-led, Minnesota Intelligent Rural Communities (2009-2012) effort.

They have been stalled at 97 percent, which is quite good, unless you like in the underserved 3 percent. A little push might help them get to ubiquitous broadband.

Projected allocation of American Recovery Project ARP funds in Stevens is $1,901,619; broadband is one possible use.

Stevens County has the opportunity to invest in broadband with federal funding. That would help them reach ubiquitous broadband. They are a code green community.