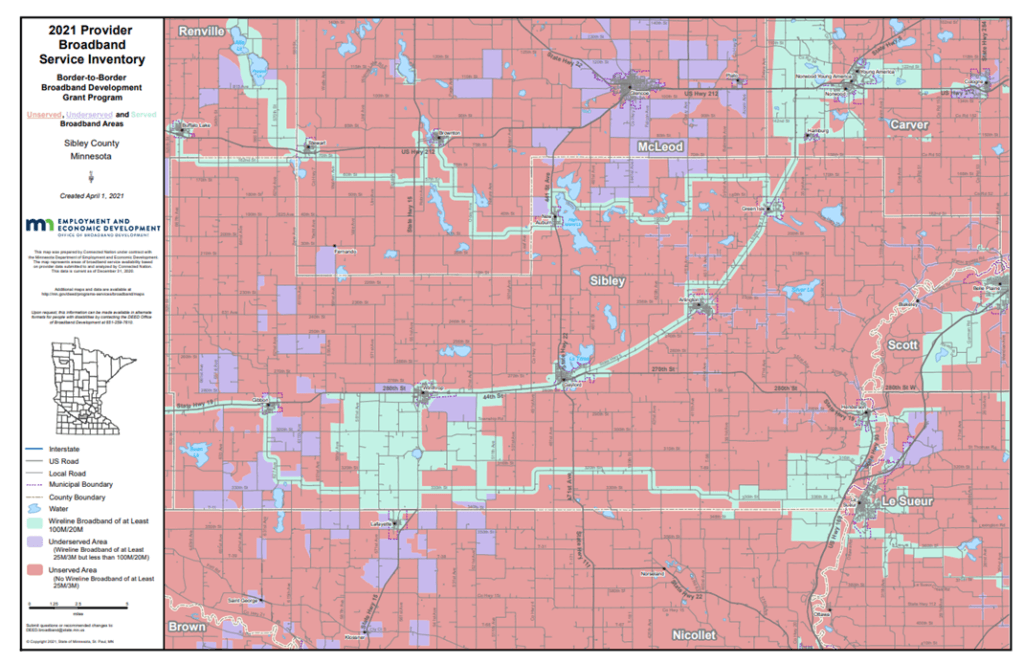 Sibley County has been working on better broadband for more than 10 years. They are a part of the original RS Fiber team. They have been a Blandin Broadband Community. But their connectivity has been stagnant since 2018. In fact, the East Sibley School District decide to go in-person sooner than other schools and mentioned poor broadband as a reason.

Sibley County will benefit from a MN State Grant awarded in 2021:

This last mile project will serve 148 unserved and six underserved locations, including homes, businesses and farms, in Bismarck, Transit and Round Grove townships in Sibley and McLeod counties

Projected allocation of American Recovery Project ARP funds in Sibley is $2,882,975; broadband is one possible use.

Sibley County has the opportunity to invest in broadband with federal funding. That would help them reach ubiquitous broadband. They just need to show the determination they had when RS Fiber was formed. They are a code yellow community.