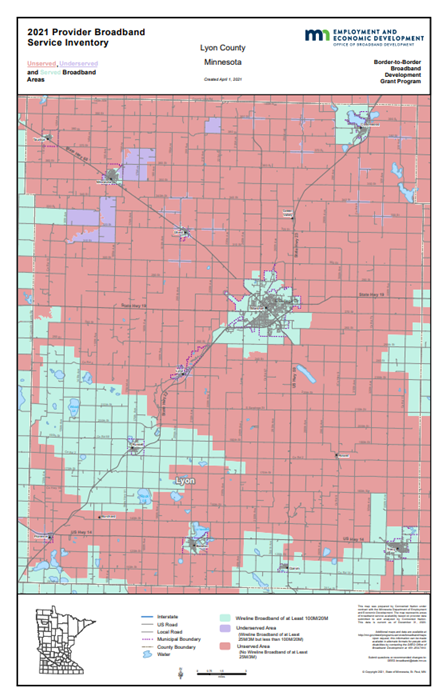 In 2017, Lyon County went from zero to more than 70 percent broadband coverage at speeds of 100/20 Mbps. A feasibility study in 2018 indicated that it was too expensive to build Fiber to the Home (FTTH) even with the help of a Border to Border grant.

But they have seen an incremental increase in the last year and a recent state broadband grant sets them up for more.

Lyon County will benefit from a MN State Grant awarded in 2021:

Projected allocation of American Recovery Project ARP funds in Lyon is $4,940,525; broadband is one possible use. Allocating some of those funds would help; there’s no indication one way or another for that happening therefore they remain a code red community.