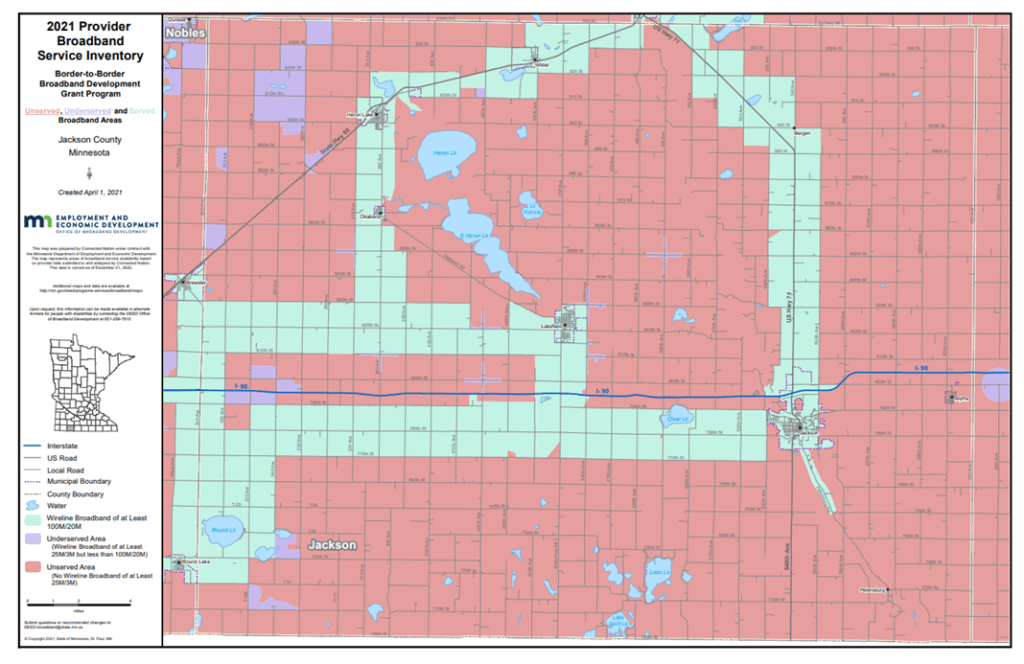 Projected allocation of American Recovery Project ARP funds in Jackson is $1,909,571; broadband is one possible use.

Jackson may see an influx of funding in the future. This could jumpstart them back into being broadband leaders. For now, however, they remain at code red.

In 2010, Southwest Minnesota Broadband Services (SMBS) received ARRA funds to deploy fiber to the home in Jackson and other counties. Through SMBS, Jackson County was also part of the Blandin Broadband Communities initiative in 2015-2016

There is a matrix of Minnesota broadband adoption projects; it includes projects from this area.