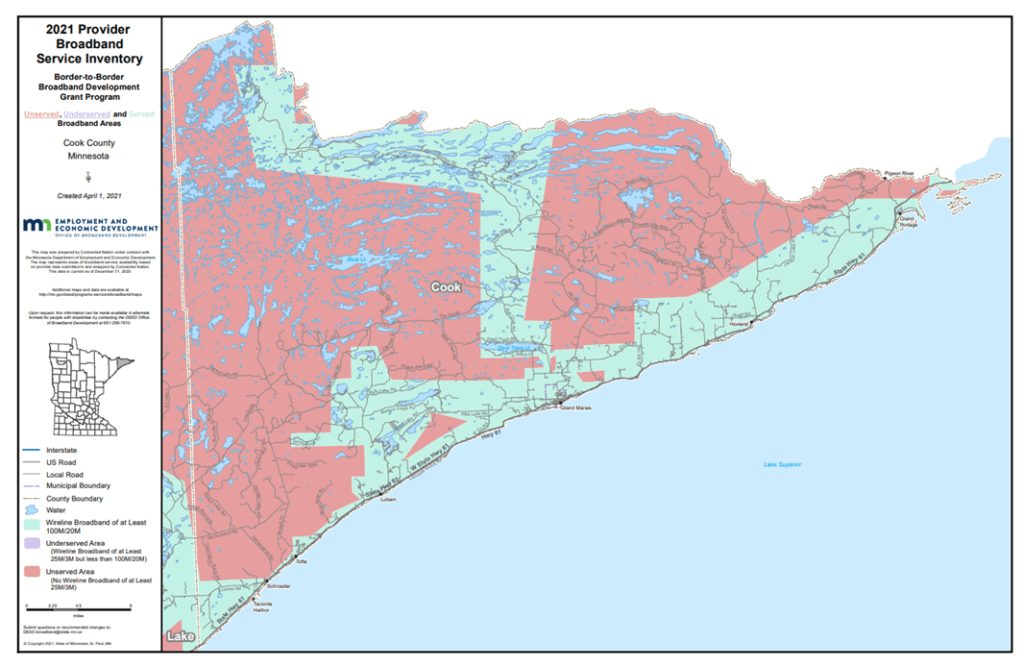 Cook County has had almost 95 percent broadband coverage at speeds of 100/20 Mbps since we started tracking progress, thanks to a federal American Recovery and Reinvestment Act (ARRA) funding in 2010. Cook County has been involved with Blandin programs that promote broadband use but stilt they need to push to get the last 5.5 percent covered.

Cook County has received positive attention from main street media during the pandemic as a place with few COVID cases and broadband enough to telework. Very encouraging to anyone looking to relocated. Also they have projected allocation of American Recovery Project ARP funds in Cook is $1,059,515; broadband is one possible use. And AT&T has built a FirstNet Tower.

That activity might spur them to act toward ubiquitous broadband and that’s why they get a green code.