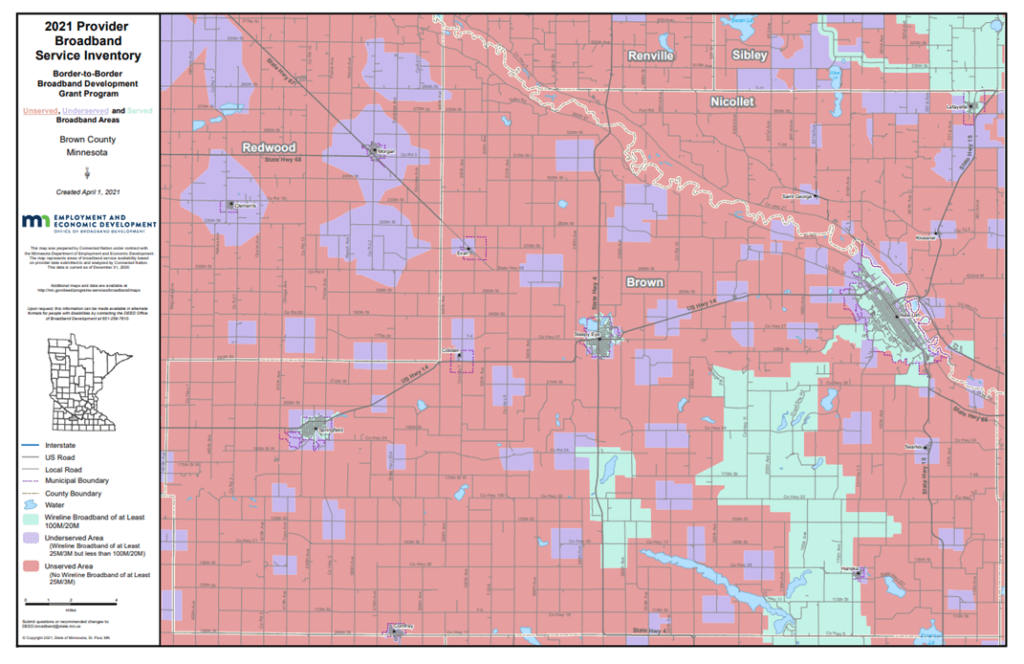 Brown County has seen only very incremental broadband increase since 2017. In 2020, after receiving a state broadband grant, Nuvera reported that construction had begun on in rural areas of Sleepy Eye, Hutchinson and Mazeppa. An enhanced fixed wireless solution was also installed in rural New Ulm by St. George. That network was recently announced.

In December 2020, local legislators (Rep. Paul Torkelson, R and Sen. Gary Dahms, R) met to talk about broadband. So, it is at least on the radar. Also projected allocation of American Recovery Project ARP funds in Brown is $4,850,148; broadband is one possible use.

Brown County will benefit from a MN State Grant awarded in 2021:

This middle and last mile project will serve approximately 45 unserved locations in the City of Franklin and the townships of Sherman, Eden, Camp and Birch Cooley in Redwood, Renville and Brown counties.

Brown County gets a red because while legislators are interested and there is a provider that is engaging in the area, there doesn’t seem to be a lot more buzz or activity to improve broadband.