What should the Network of the Future Do for a Community?

As more communities get access to improved broadband, is just being “faster” enough? It may be time to return to some of the concepts and ideas originally developed in the nineties as part of the Community Network movement.

This session will address some of the critical questions that are not always being asked in the quest for more speed. 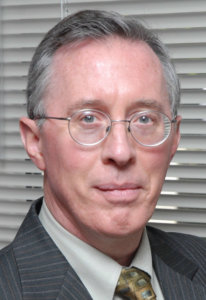 Dr. Andrew Cohill is the President and CEO of Design Nine. Cohill has an extensive background in broadband network design, broadband planning, and network construction and operations. Cohill has an international reputation for his work designing and building modern broadband networks. His early work as Director of the Blacksburg Electronic Village accomplished many Internet firsts, including some of the first online commerce, the first Internet-connected schools, and the first business park with fiber Internet as an amenity.

Design Nine has designed and built hundreds of miles of modern fiber networks in the U.S., and is currently expanding its Gig fiber network in Blacksburg, Virginia. The Blacksburg network, in operation since 2017, is the country’s first privately financed open access FTTH network.